hello, i'm dmitri! i'm not active here at all, meaning i don't post my own entries, but i do lurk on communities. (-:

as you can see, japanese media is the focus of my interests and what i mainly use my lj for, but i love a lot of other things too! here is my carrd to find me on other platforms. meeting new people is great too, so don't hesitate to contact me!

This is my first time doing a magazine translation, and I just want to say that I'm nowhere near fluent enough to be translating something, but I wanted to try it out for practice. Please let me know if I mistranslated anything!
( Collapse )

most reports are my own! seeing other reports helped me remember parts i forgot and discussing with japanese fans helped clear up some confusion i had, so i can't take credit for everything! also, please keep in mind i am not fluent in japanese (plus i have a bad memory) so consider any of the dialogue rough translations.
( Collapse )

if not, im also willing to sell! from US and can ship intl. accept paypal and CC. thank you! 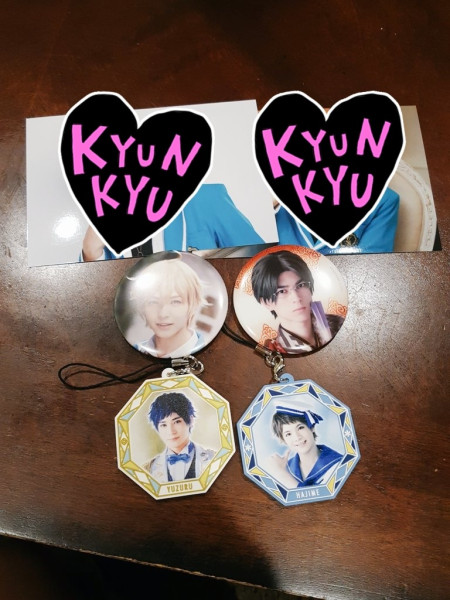 no major spoilers in this comment, but i do hint at a few things, so i'm tagging my comment as a spoiler anyways.
this drama is incredible... usually i'm one to wait about how i feel about a drama bc i think when it comes to how smth impacts me, "only time will tell", but this drama blew my expectations out of the water. i've watched a few episodes of the original cold case before, but it has been so long and i also never watched it avidly, so i cannot say if this drama is what it is because it's a remake or not.
if you are looking for main characters to empathize with or unpredictable cases, i think this drama may not be the one. i found myself correctly guessing the killers for a majority of the episode, but it does not mean the cases are any less interesting. and just because ishikawa yuri is the only character from the detective team that has a background story that helps you empathize with the character does not mean this drama lacks emotion. more than anything, it helps you empathize with the victims and sometimes even the criminals themselves. maybe it is the effect of having cases go so long without "justice", but i found myself feeling somewhat of an attachment to characters that only lasted an episode, even when i thought i wasn't going to. the topics and issues being discussed with these cases, like child abuse, family miscommunication, molestation/sexual abuse, xenophobia, etc., really activate one to think deeper and further, as if the cases were also educational lessons on anthropology, sociology, and/or psychology. what even further pushes the emotions is the acting. yoshida yo plays ishikawa yuri as a strong woman who displays a variety of emotion, yet stays stoic until everything bursts. every guest actor is brilliant as well. i never had one thought about anyone's acting being off or anyone being miscast. (nijiro murakami had to be my favorite. i'm not actually a big fan of him, but i can't deny that he brings in his own intensity.) besides acting, the lighting and the music are also two aspects that really put this drama together. even after learning a little about theater and film, i never thought i learned to properly pay attention to these aspects, but i couldn't ignore them in this. the tones of this drama are definitely gloomy and gray; there's nothing particularly exciting--and not like there should be, considering it is a pretty heavy crime drama. however, the lighting definitely creates an impact, especially with the harsh contrasts in the interrogation room. as for the music, i felt that every song fit so well. i'm a lover of old music myself, so that's another reason why i had to take note of it, but the music very much completes the entire piece.
if you are looking for a drama that checks off every box and/or a drama that goes one step further, cold case is the one. it is a drama that i feel every drama lover should watch, even if one is not a crime fan. more than mystery, this also contains a look into emotions and critical thinking.

[originally posted on tumblr as a personal post // spoilers]

it’s a manga live action but i havent read the manga so i cant really comment on comparisons between the manga and the movie and i also know it’s shoujo so a lot that ill be complaining about will basically be just complaining about the stereotypical shoujo tropes… i also have a bias for the entire main cast because i like all three actors but i try not to let my love or infatuation for them overpower their flaws. but yea these are the warnings i guess.

anyways…i have so much against yamazaki kento in this movie holy shit. i really cant tell if it’s how his character is or because his acting skills are average but i swear there was like no emotion…he was giving out the bare minimum. like um hello? kento, are you even breathing? but bad acting or not, the character himself is, no offense, such a shit friend. he keeps saying he has nothing blah blah blah and i know hes sad and emo bc his mom left him but him and hatori were friends for YEARS and he says he has nothing? like wtf…hes not even thankful that he has hatori by his side. ALSO…i dont understand his liking for taking photos at random moments? i know everyone kind of does that but he does it at all these weird moments and no one talks about it? like i would really like an explanation for it…what’s in his soulless body that gives him the desire to take photos at the weirdest possible moment and why does everyone just let him? but yea…basically terasaka rita is one of those boys that cant appreciate what he has and also never makes the first move aka the kind of boy i say to never date bc they’re not about shit. and although it leaves a bad taste in my mouth to see acting so emotionless and dull, i truly think yamazaki kento fits the role bc he really seems like the kind of person that would not be about shit lol…

i dont really have strong feelings for mirei and kentaro tbh even if this was the first work i watched where they were main leads. besides the cringey shoujo reenactment, mirei was adorable as hatori. i cant really say much. and i mean there wasnt that much of background on hiromitsu (it is a movie though so i can see why) but i think kentaro did great. he’s a model so i wasnt really expecting much but he basically brought enough emotion for him and kento. he pulls off that sly and sweet personality perfectly and man…i felt for him. idk if it’s bc i like him but he gave me second lead syndrome REAL BAD….he was such a sweetheart to hatori and the way he held her made me tear up man….but OH if there was one thing i had to say about this whole love triangle dynamic..realistically, i think hatori and hiromitsu could work out. i know the whole ordeal was that hatori and rita couldnt forget about each other and they HAVE to end up with each other bc it’s shoujo and that’s how it is, but i mean in reality, you’re always going to have someone you cant forget but you have to bc you know theyre not good for you. and i think that hatori wanted to fall out of love with rita enough to be able to forget him if she had the means to (meaning didnt have to see him all the damn time) and if hiromitsu was understanding enough, and i think he is. their love had potential, but it needed time.

in conclusion, nakajima was the best character in this entire mess. she was the only level-headed one and such a great friend, too. also justice for kentaro wont be served until theres a hirunaka no ryuusei live action and he gets cast for daiki mamura.

[originally posted on mydramalist as a review]

yakusuke's bad luck causes him to need kyoko's help constantly and although she forgets him due to her memory that resets every day, he starts to develop a crush on her. each episode features a new case; some are serious, but still, the drama remains light and can also make one laugh. also within each episode, yakusuke and kyoko's relationship starts to develop. it's a beautiful drama about seeing more in your life and how one should treasure the little things and other great things.

besides the story, i believe the true treasure of this drama is the actors' ability to make their characters shine. this is the first drama i've seen of gakky and i don't think she was a "turn-off" at all.. she may lack superior talent, but she also isn't a horrible actress that brings everything down. okada masaki is one of my favorite actors so it may be that i carry a biased opinion of him, but he really did a great job in this one. i really felt that he let himself be "free".. his expressions were always on point and he knows how to create a mood. he can make you laugh, but he can also warm your heart.

the music was great. i'm not one that normally pays much attention to it, but it was nice and fit the drama well.

i'm also not one to rewatch dramas, but i think i would watch this again if i ever got the time.

overall, this is a good drama to watch when you need something light. i don't think it's a complete must, but i think it's a drama that will definitely make you feel something for awhile.

going to post some comments/"reviews" i've made of a handful of dramas and films... hopefully this will encourage to observe what i watch more closely and try harder at writing even if it's not for assignments and papers

hello! i am selling pedal stage pins from THE WINNER! i have prices for each pin, pins divided by team, and all the pins together!

i am from the US and can ship internationally as well. shipping depends on location. i accept paypal and CC. i also sell on other platforms like tumblr, twitter, facebook, and ebay. please look at my listography here for a full list of my websites. my ebay has everything that i sell, but please also look at this google doc for all the listings and prices. 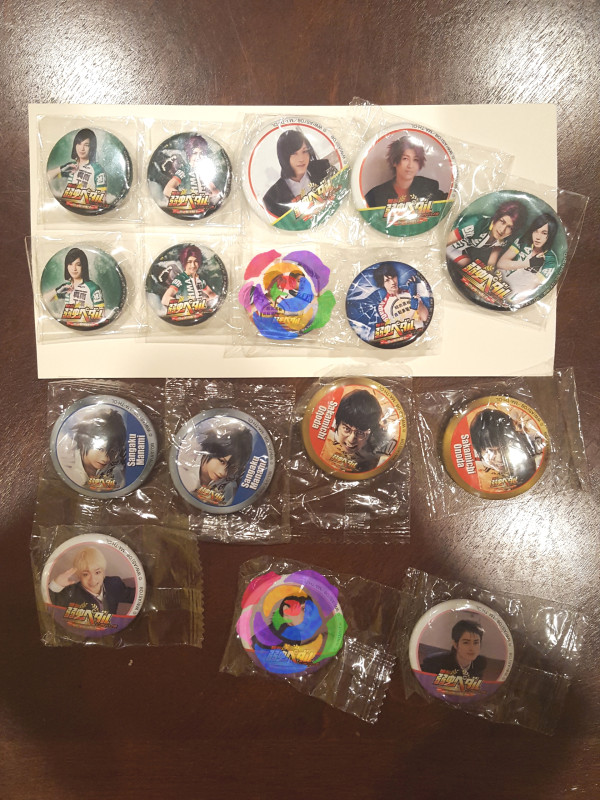